I wasn’t  lying about these bastards 🐦 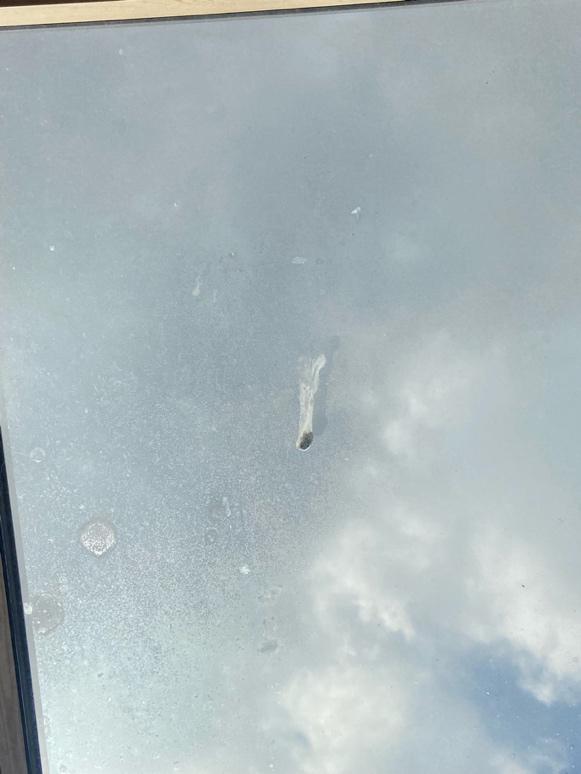 I’m aware of the current pressures of keeping up with the current standard of this cutting edge piece of journalism. But a 0-0 draw doesn’t help circumstances does it?, how the fuck am I meant to fill the pages after that? However, as a man who has been known to write too much I’m sure I can fill the void with some non-descript waffle to satisfy Gaz Summerson’s expectations

Pre-match rituals differ from family to family, some go to the same pub every other Saturday and meet family and friends, some park in the same bay parking space for 20 years then make the walk to the stadium, it all contributes to the magic that makes a match day what it is. Football is tribal, beautiful and the epitome of togetherness. I’ve grown to appreciate the sport more as I’ve gotten older, but being with my girls and mates is just as important, after all football is only 90 minutes and that can often be shite.

My experience can differ depending on my fatherly duties. One week it’s warm carling on a 9 am trains and Today it started with a 6am request to have plaited hair for the game.

I had a immense sense of optimism walking into the stadium today, Preston have scored 3 goals all season and despite the lack of striker, SAFCs recent run of form means that the innate sense of entitlement was at an all time high and even if Pep G and his merry men were encroaching on Monkwearmouth today, I’d be confident. 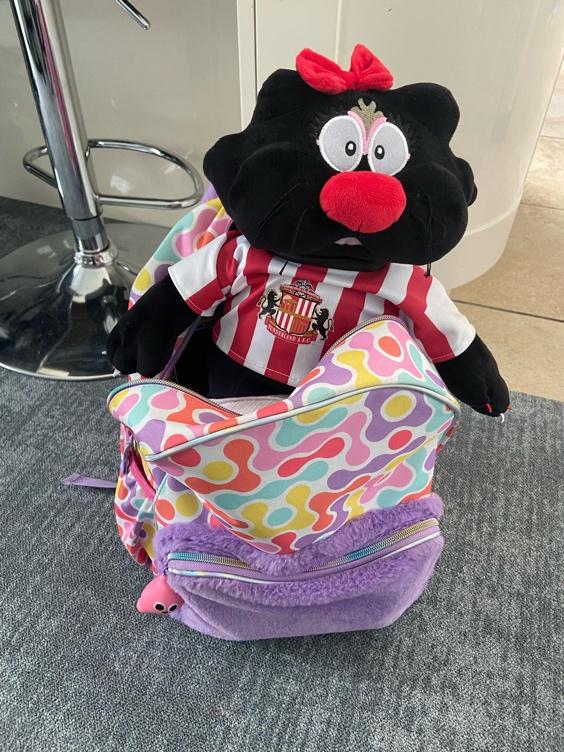 It started well, bag packed full of optimism, instructions given, “the middle button takes a picture”, what could possibly go wrong? There’s a reason governments brought in laws to stop children going down mines and climbing up chimney shafts.

6 year olds have the attention span of a gnat, I had high hopes but before I could sack her, she’s resigned. 29 minutes into first half she’d told me to fuck off and went to watch frozen, I blame the performance but some others around  might claim over zealous parental pressure and unreasonable expectations, this was a big gig for her and she’s blown it. But realistically how hard can it fucking be? Anyway we got a good shot of a gravy stain on the table. 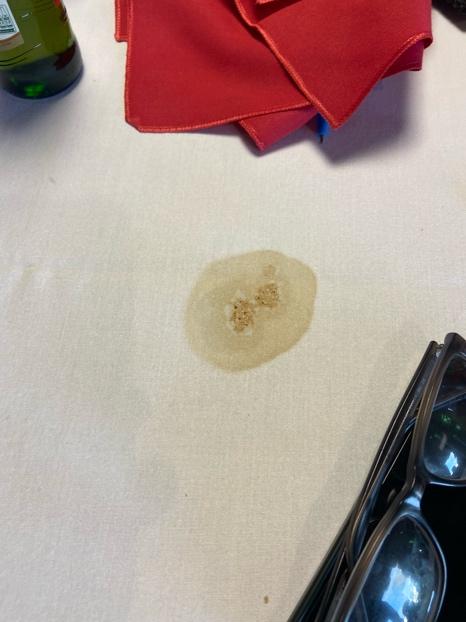 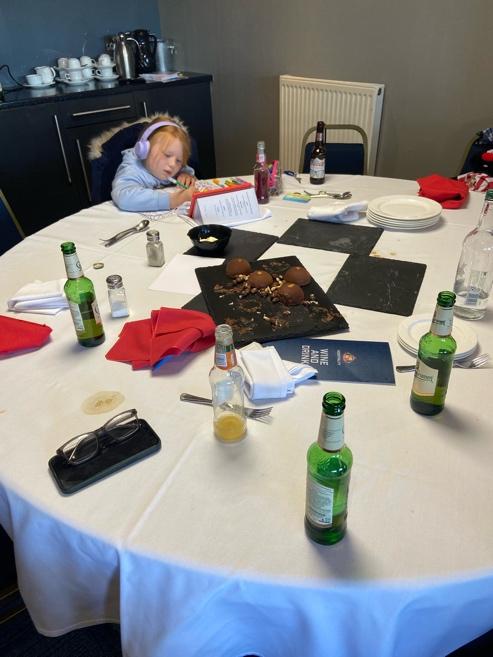 “The false 9 just isn’t for me dad, Prichard is coming too deep, shove your photography, I’ve got some colour by numbers to attend to” Vacancy now re-advertised

Thought SAFC looked far more lively and in control for first 30 mins, much of the play going through Clarke on the left.

ALESE looks a player, composed and in control and he makes a superb goal line clearance after a load of fucking about in the box. Conceding at that point would’ve been against the run of play and he’s saved a real headache there. 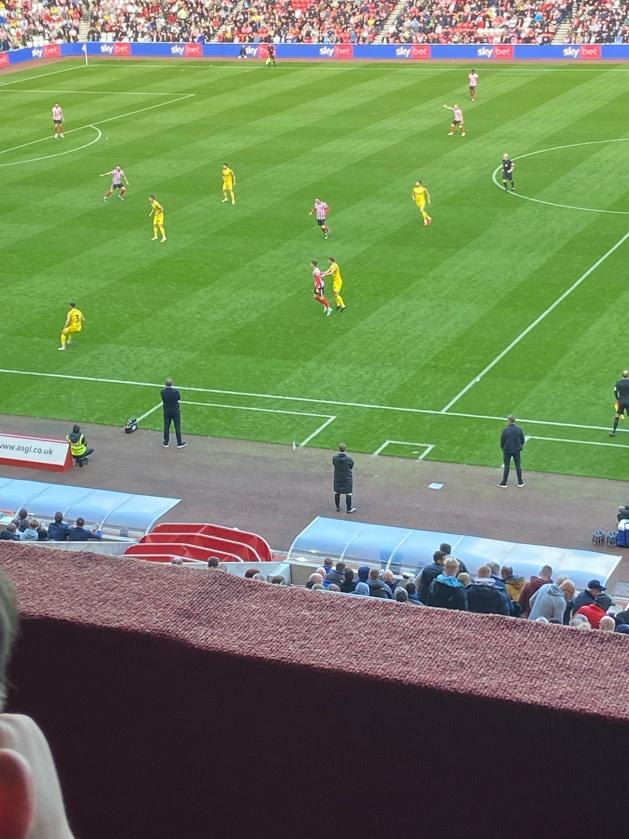 Mowbray Footwear update- “did you buy those trainers from football managers footwear direct Ryan? SAFC blog has been bullying me about my loafers so I wanted to fit in”

The lack of striker is more evident today and the false 9 formation is having less of an impact than the last 2 games. Pritchard is forced deep which is leaving a gaping hole up top. No target man and current play isn’t fluid enough to allow Pritchard the freedom to stay up too.

Roberts outstanding, his first touch is delicious. But he’s  not seeing enough of the ball. What a dreamboat 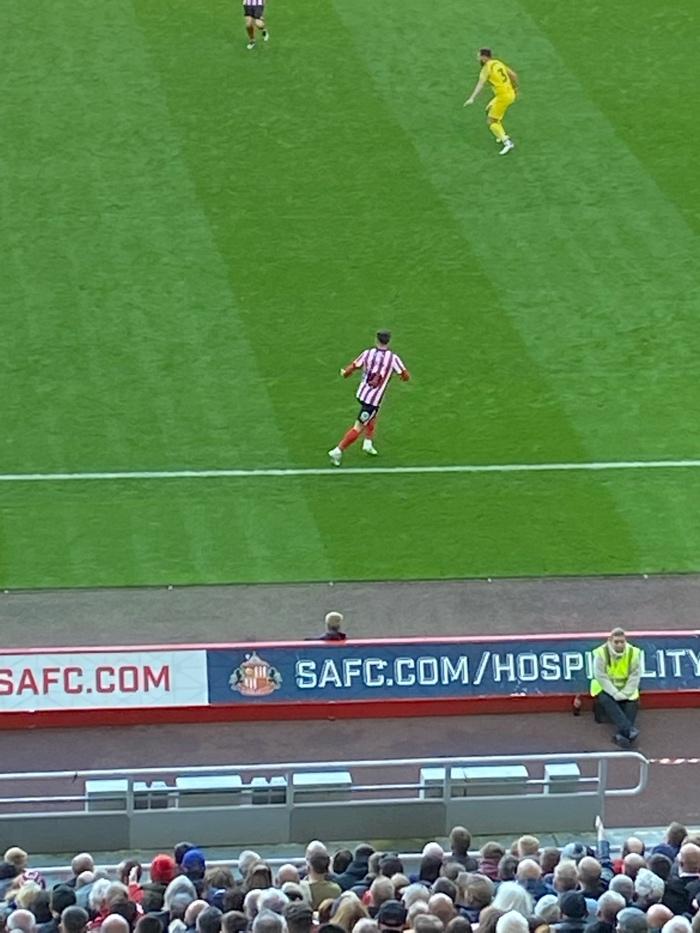 I enjoy refs letting the game run, but todays official seems defiant in not handing out any bookings. Has he left his cards in his bag? Preston lucky not to see any players leave the field at 45 without a yellow

Embleton was finding himself in good space and made an excellent run toward the end of the half but Preston’s keeper made a superb save.

Easy to see why Preston have bagged 3 goals all season, they are good on the counter but Ched Evans couldn’t finish his dinner. No great threat and all to be played for at 4pm.

Patterson makes an excellent save early on.

The ref found his cards in the lunchbox his mam made him and manages to find a yellow to show this Preston player, better late than never?

Diallo and Ba on

Pritchard has ran his bollocks off and is visually tired, I can’t see this system benefitting him for long, he’s the best midfielder outside of the premier league for me, but without a number 9 he can’t be utilised to his full potential. Subbed. All rise for the Costan Rica Messi. 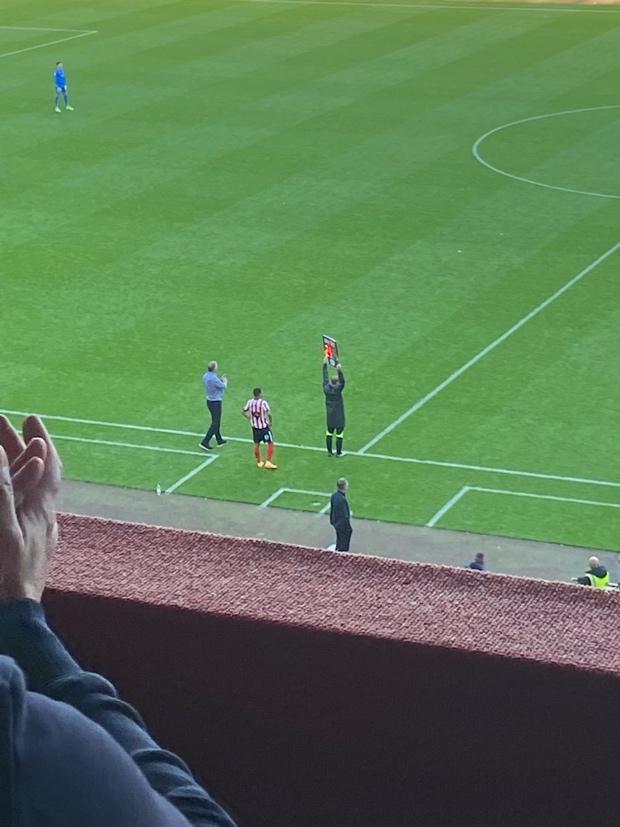 A lively 20 mins or so for Bennette but SAFC couldn’t break the deadlock, Clarke had a quieter half and is subbed at 80. He looked pissed of walking off, I like that. He cares and wants to win. Today just wasn’t to be.

Preston have been relatively settled in the championship for quite a while, there should be no shame in taking a point away in reality, ask anyone this time last season and they would have bitten your hand off, but expectations evolve.

A point is probably a fair result in truth, but the reality is, a striker (preferably a bloke from Scotland called Ross) would’ve made the difference today. Not having a striker and playing well is mint, but it isn’t sustainable in reality long-term  unless you’re Man City. More clinical sides will test the system far more than Preston. Today was screaming for a number 9. 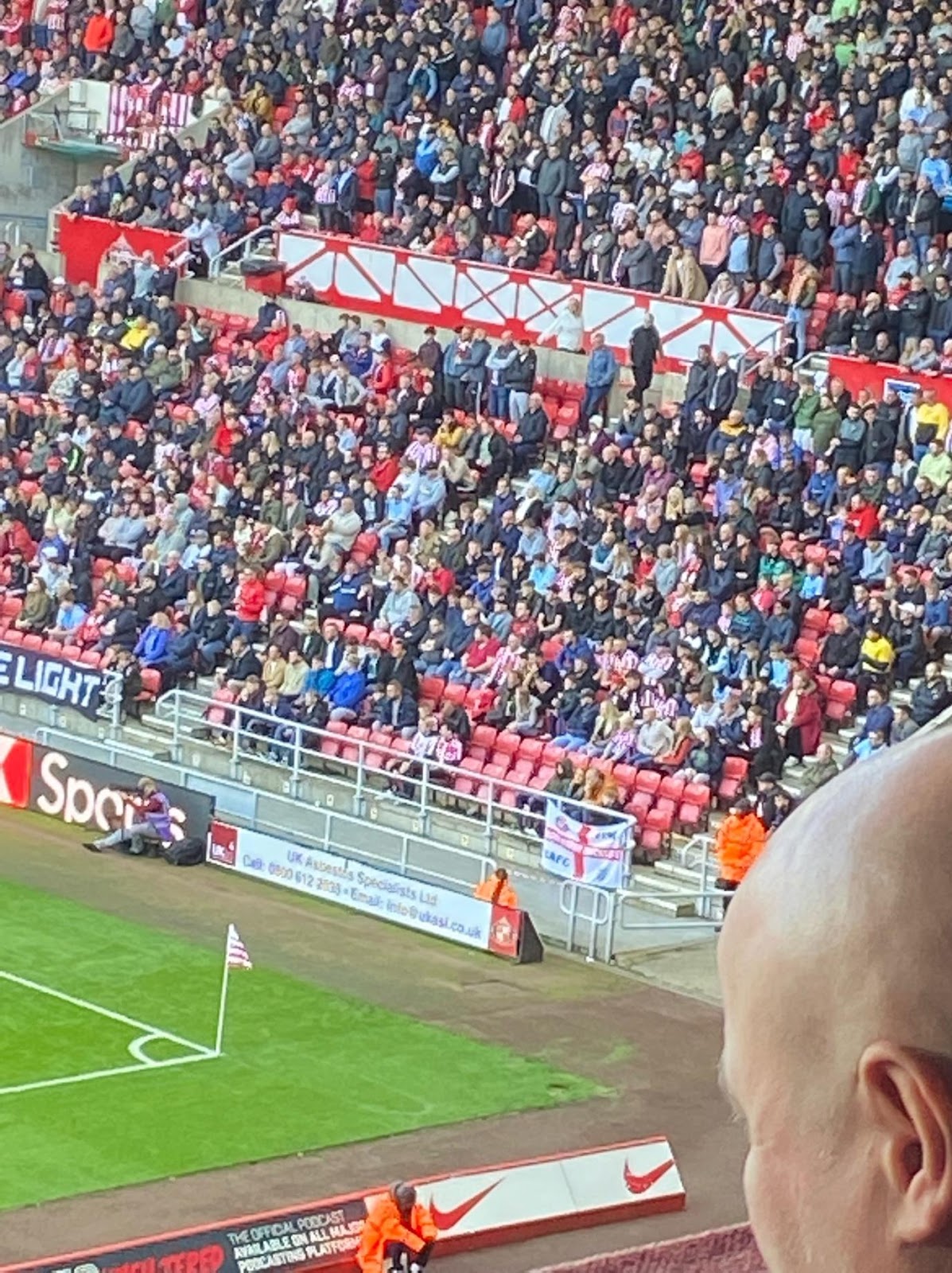 Great photographic quality clearly allows this to read “Doncaster Mackems”- folk I feel I would have something in common with- what’s your thoughts on the length of time of the 55B bus route to Rossington?

The table still looks more than healthy, 7th at this stage is a great position to be in and there’s more than enough to be optimistic about. 5 points from the last 3 is great. Blackpool are there for the taking on Tuesday but are no mugs. They also have much better quality blog writers (CC Mitch Cook’s Left Foot).

The World Cup is a pain and the aura around it is abhorrent as discussed, but it may not be a bad thing to allow players to recharge and to allow Stewart time to recover. 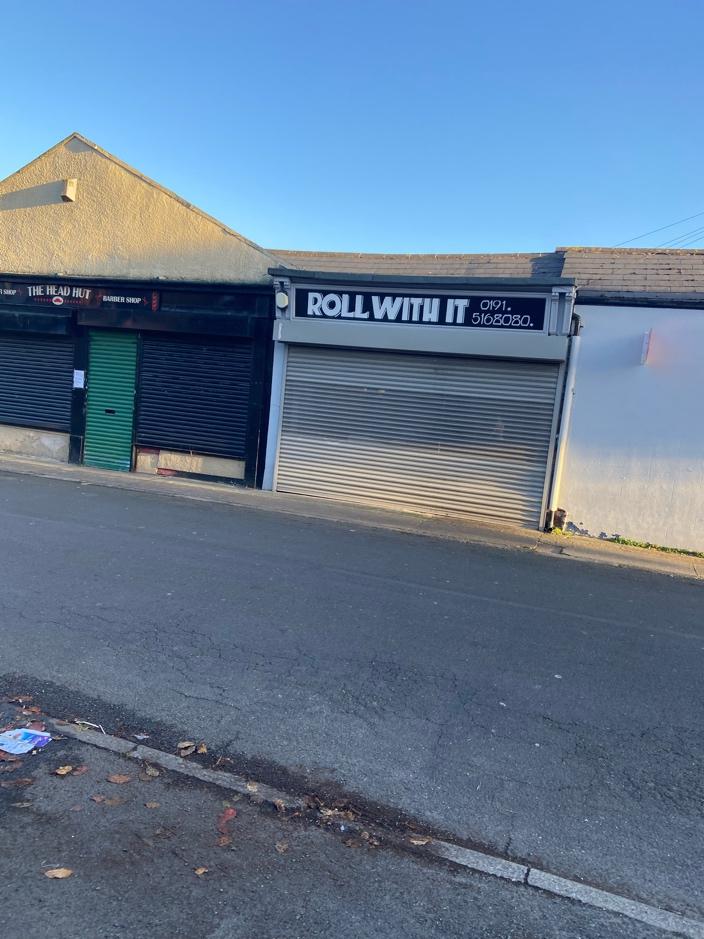 You’ve gotta  say what you say, don’t let anybody get in your way 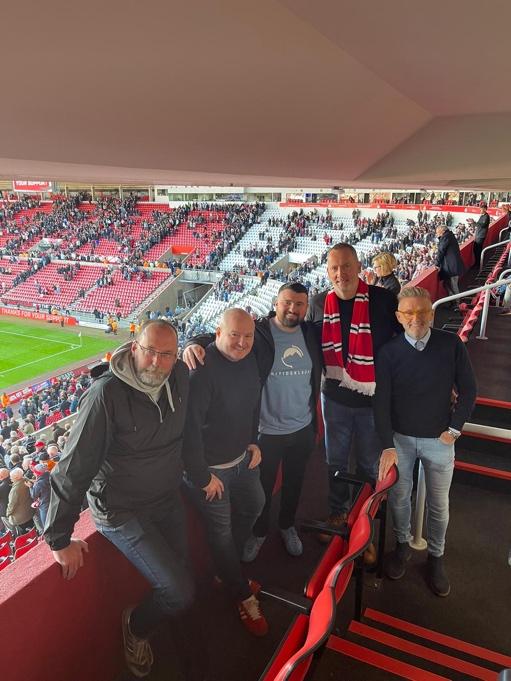 All in all, a great day with great people, one bloke missing from above photo who is well known by usual readers of this blog, but he had much more important business to attend to today.

Anyway, here’s to another guest edition until next season or whenever the opportunity arises, it’s been a blast, for me obviously, not for any poor bastard that’s read the last two entires.

Onwards and upwards. And FTM always.